Where Construction Jobs Are Booming 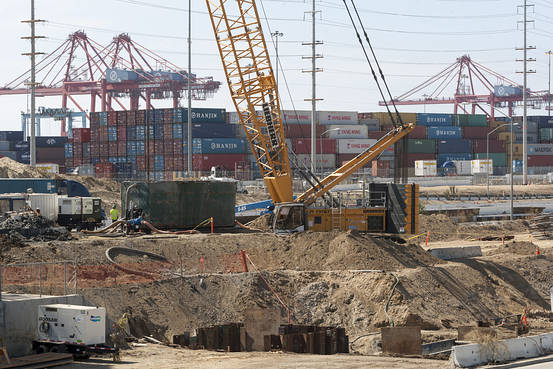 Construction employment increased in 43 states including the District of Columbia since last year, the Labor Department said Friday, a bit of good news for a sector still struggling with the effects of the Great Recession.

The West and the South led the way: Arkansas, Idaho, Kansas and Nevada have posted double-digit percentage growth in construction employment since October 2014, while California added the most construction jobs overall.

While broad gains in construction jobs were spread nationwide in October’s data, for the year, the Pacific region stood out. Ken Simonson, chief economist for the Associated General Contractors of America, said high-tech industries are driving activity in Silicon Valley and San Francisco, while the Gerald Desmond bridge replacement project has been a boon to the Los Angeles area.

California had the largest increase in overall seasonally adjusted nonfarm payroll employment both on the month and on the year in October, the Labor Department said. The state added 463,000 new jobs over the past 12 months. Regional and state unemployment rates were little changed for the month. 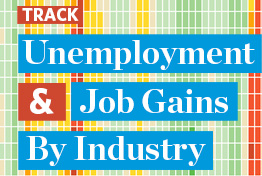 Despite gains for the building sector, the industry is still well below what’s considered normal, economists said. A weak recovery from the housing boom and bust of the last decade has been compounded by a slow rate of household formation. Home construction remains sluggish as millennials spend longer living at home or choose downtown residences over the suburbs, tamping down demand for newly built homes.

Mr. Simonson said the sector still has “a long way to go,” with construction spending and jobs well below their 2006 peak.

In October’s data, West Virginia was an outlier to the generally positive construction trend: building jobs plummeted by 5,800 or 17% over the past year. Its plunge in construction employment is due to the economic hit from the large pullback in oil and gas production, said James Diffley, a senior director at IHS Economics, following the drop in energy prices over the past year and a half.

“In places that don’t have another industry propelling it, it’s a major shock,” he said.