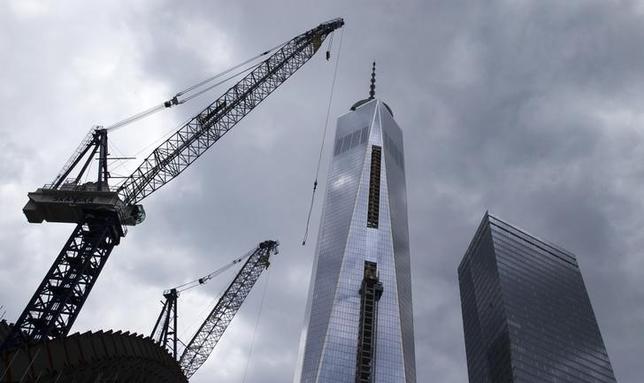 U.S. manufacturing appeared to stabilize in February, with production accelerating and new orders holding steady at higher levels, in another dose of good news for the economy after growth slowed in the fourth quarter.

The economic outlook was further bolstered by other data on Tuesday showing a strong rise in auto sales last month and construction spending surging to a more than eight-year high in January.

The reports added to upbeat data on consumer spending, the labor market, industrial production and durable goods orders in suggesting that economic growth picked up at the start of the first quarter, which should further ease fears of a recession.

“To be clear, none of this data are at levels suggesting a boom, far from it, but neither do they support the notion of an economy slipping into recession,” said Steve Blitz, chief economist at ITG Investment Research in New York.

The Institute for Supply Management (ISM) said its index of national factory activity increased 1.3 percentage points to a reading of 49.5 last month. A reading below 50 indicates a contraction in manufacturing, which accounts for 12 percent of the U.S. economy.

While it was the fifth straight month the ISM index was below 50, it was also the second consecutive month that it has risen.

A strong dollar, weak global demand and spending cuts by energy firms following a plunge in crude oil prices have undercut manufacturing. Ongoing efforts by businesses to sell unwanted inventory have also been a drag on factory activity.

The ISM survey was the latest indication that the worst of the manufacturing downturn was probably over. Reports last month showed solid increases in industrial production and new orders for long-lasting U.S.-manufactured good.

A second manufacturing survey on Tuesday from data firm Markit also corroborated the improvement in factory activity. The signs of stabilization in U.S. manufacturing is in contrast to factories in Asia where output shrank in February. In Europe, manufacturing activity is waning.

The ISM survey showed new orders held steady at a five-month high, though export orders fell. Factories reported a significant decrease in the number of customers saying inventories were too high last month. Customers’ inventories had been considered too high for six consecutive months.

“It looks like the worst of the inventory correction is now behind us,” said Daniel Silver, an economist at JPMorgan in New York.

Manufacturing could get support from strong demand for autos. Carmakers reported on Tuesday that U.S. February auto sales soared to a 15-year high for the month. Auto sales last month rose about 8 percent, helped by low gasoline prices, available and low-interest credit and higher wages.

“Consumers, while still cautious overall, are confident enough in their own personal economic situation and the outlook to be able to purchase a car,” said Sam Bullard, a senior economist at Wells Fargo in Charlotte, North Carolina.

The dollar firmed against a basket of currencies on the data, while prices for U.S. government bonds fell. U.S. stocks were trading higher.

In a separate report, the Commerce Department said construction spending increased 1.5 percent to $1.14 trillion, the highest level since October 2007, as both private and public outlays rose. That followed an upwardly revised 0.6 percent increase in December, previously reported as a 0.1 percent gain. Construction outlays were up 10.4 percent from a year ago.

The strong construction spending report prompted economists at Barclays to raise their first-quarter gross domestic product growth estimate by three-tenths of a percentage point to a 2.4 percent annual rate. The economy grew at a 1.0 percent rate in the fourth quarter.

“The very good construction report for January is further proof that concerns about recession in the U.S. are far overblown,” said Gus Faucher, deputy chief economist at PNC Financial in Pittsburgh.