U.S. construction spending is on the rise, according to a new report from the Commerce Department. Spending in the public and private sectors was up a combined 1.5% in January for a seasonally adjusted total $1.14 trillion. The figure, an eight-year high, increased from December’s upwardly revised total of $1.12 trillion, and was a jump of 10.4% from January 2015. 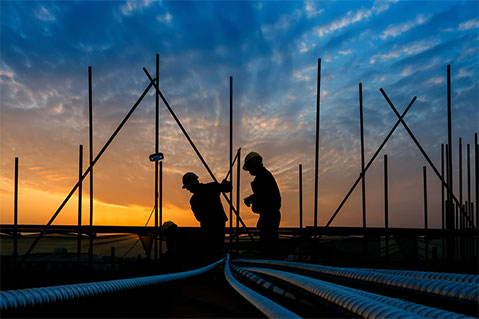 “The very good construction report for January is further proof that concerns about recession in the U.S. are far overblown,” Gus Faucher, deputy chief economist at PNC Financial, told Reuters.

Public construction rose 4.5% to a seasonally adjusted $309.4 billion. Educational construction was at $68.8 billion, down 1.9% from December. Highway construction was up an impressive 14.7% over December, reaching $110.4 billion. Highway spending was not due to January snowstorms, since the total does not include money allocated for road repairs and potholes, according to the Commerce Department.

The Commerce Department’s strong construction numbers beat economists’ predictions for January, causing some to raise their first-quarter growth estimates as a result.