Russian economic structures and companies are ready to participate in the construction of the Nicaraguan Canal project as soon as progress is seen, the director of the Russian Foreign Ministry’s Latin American Department said.

MOSCOW (Sputnik) – “We know that steps are being made by the Nicaraguan government and we know that all of the plans that exist have been confirmed. And from our side, we confirm the readiness of a number of Russian economic structures and companies to participate in the realization of projects tied to the development of the infrastructure, but so far we don’t see any sort of a principle quality move,” Alexander Shchetinin told RIA Novosti in an interview.

He said that Russia would continue to follow and monitor the situation and that Russia “would be ready to join once we see that there’s something.” 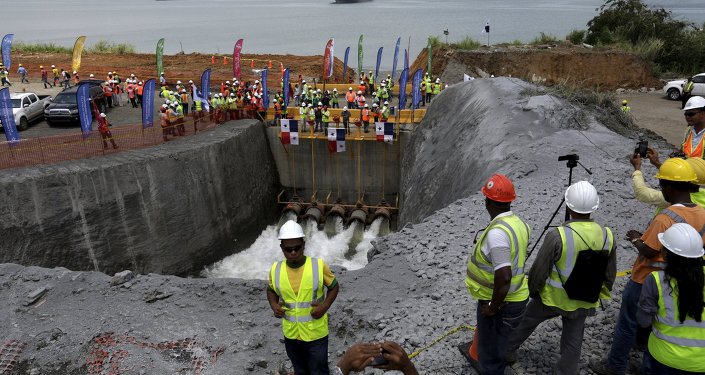 Construction of the Nicaraguan Canal through the isthmus as an alternative to the Panama Canal began on December 22 and is estimated at $50 billion. The main investor in the project is China’s HKND company.The HKND was granted a 50-year concession to manage the project, with a possible extension for another 50 years after the construction is completed.

At the St. Petersburg International Economic Forum held in June, Minister of Finance and Public Credit of the Republic of Nicaragua Ivan Acosta Montalvan told Sputnik that Nicaragua intended to attract Russian investment to the ambitious project.