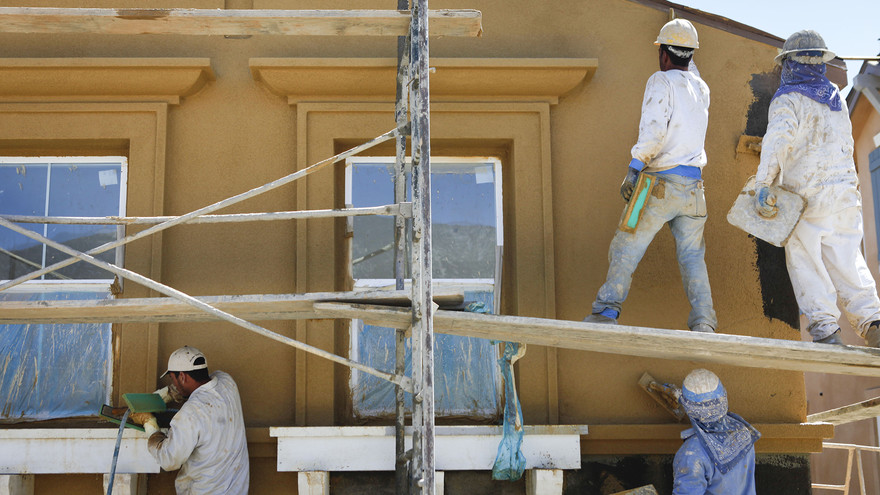 In surveys, builders keep flagging one major concern: they can’t find enough labor to keep up with their workflow.

Yet construction hiring was one of the brightest spots in a stellar November jobs report, with 46,000 jobs added. Residential construction hiring has averaged 10,400 in 2015, down a bit from 13,525 per month in 2014, but still strong.
“Actions we’ve been taking to attract labor are starting to pay off,” said David Crowe, chief economist for the National Association of Home Builders.
Builders are stepping up outreach to all kinds of nontraditional groups, like veterans, Crowe said. They’re partnering with community colleges and local unions to develop training programs. And yes, they’re also starting to raise wages, though that’s on a piecemeal, local basis.

Still, Crowe said he’s “been making it clear” to builders and local builder associations that the relative wage premium that construction workers enjoyed before the housing bust has fallen. He said his efforts have been met with “reluctant acknowledgment” but also some concern about passing on wage increases to bargain-hunting homebuyers.

The NAHB has taken some heat for what many analysts consider grandstanding about the difficulty of finding workers. Mark Price, a labor economist with the Keystone Research Center who’s studied the issue, called himself “pretty skeptical of claims of a skill or worker shortage in construction because I don’t see rapid growth in wages in this sector.”

If builders are starting to come around to the reality of paying up to attract workers, that should start to show up in the Labor Department data within a few months, Price said.

Price’s calculations show that from April 2006 to January 2011, the peak and trough of the most recent cycle, residential construction shed 1.5 million jobs, or 42.4% of the industry.

The question of where those “missing builders” went has taken on a life of its own. The Wall Street Journal has followed the question closely, and researchers at the Census Bureau also investigated.

Their research found that 60% of displaced construction workers left the labor market altogether or moved into other industries.

Price thinks those industries are most likely lower-wage sectors like hospitality and retail, areas which even during the early, anemic part of the recovery, were “growing and offering more certainty than construction was.”

He thinks certainty, even more than higher wages, may be the issue that’s holding up more robust hiring of construction workers, especially as the job market keeps heating up. “Workers are probably asking, how much work do you have? How long are you going to have work? Even if you’re offering slightly higher wages, I think I’d be asking how much promise do you have that I’m going to have this work once this project is over. “