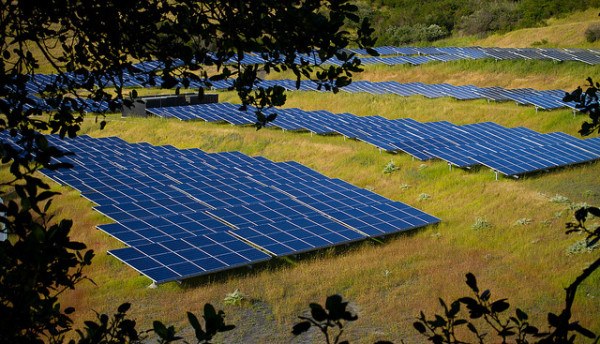 Amazon recently received final approval to begin construction of a 80 MegaWatt solar farm in Virginia’s Accomack County.  The farm, called “Amazon Solar Farm US East,” will be owned and developed by EPC Community Energy, and Amazon will buy the power generated through a power purchase agreement.

Virginia Governor Terry McAuliffe revealed that the Virginia Department of Environmental Quality had agreed to issue a permit for the facility, which will be made up of 250,000 solar panels and generate enough clean electricity to meet the power needs of 15,000 local households.  The power will go into the local power grid, where Amazon’s data centers in the region get their electricity.

“We are now in the game,” said McAuliffe in relation to the approval of the solar farm.  “We weren’t in the past even suited up.  I think we’re sending the signal that Virginia is open and welcoming to renewables and this is a good place to do business.”

McAuliffe added that Amazon’s partnership with Community Energy is “indicative of the types of opportunities that my administration is working toward through our commitment to build a new Virginia economy.”

Virginia has not been known as a leader in the generation and use of solar energy.  In fact, Virginia policy director for the Chesapeake Climate Action Network Dawone Robinson urged the state to adopt more policies designed to incentivize the development of clean energy projects such as this.

“I think [the solar plant] is a great step forward, but we have a long way to go,” Robinson said.  “We’re still greatly behind Maryland, even further behind North Carolina when it comes to solar development.”

Community Energy president Brent Alderfer issued a statement following the plant’s approval, saying: “With this project, Virginia jumps to the lead in attracting the energy industry of the future, with cloud-technology leader Amazon Web Services as the first customer.”

Construction is set to begin later this year, with online operation beginning in 2016.  It will be the largest solar energy generation facility in the mid-Atlantic region.